Nick Elliott and Dave Price continued their strong start to the BHRC season with their second maximum points score in as many events; the duo setting fastest time on every stage to record a dominant Rally North Wales victory.

Rally North Wales would once again form round 2 of the British Historic Rally Championship with the crews set to face 6 challenging stages in the infamous Dyfi forest complex; the rally featuring minimal double usage in 2017 following great work by Wolverhampton and South Staffs CC in attempting to utilise every available forestry track.

As in 2016, the weather had not been kind with heavy overnight and morning rain rendering the stages treacherous in places.  This did not hinder round 1 winners Nick Elliott and Dave Price however who flew through the puddles (lakes and rivers in places) of Gartheiniog to open up a commanding 15 second lead over the similar MK2 Escort of Joe Price and Chris Brooks.

2016 Champions, Jason Pritchard and Phil Clarke, endured a difficult start to the event, losing 40 seconds to the early leaders in stage 1 as they recorded 5th fastest time.  A puncture in stage 2 compounded their issues but by the mid event service in Dolgellau they were back amongst the podium positions, albeit 27 seconds  adrift of Price and Brooks.

Now in full damage limitation mode Pritchard may well have struggled to reel in the flambouyant Price, however, the Shropshire pilot’s day would end in the Gartheiniog East scenery, allowing the double BHRC champs to pick up much needed championship points for second overall, claiming top spot in Category K in the process.

Rudi Lancaster and Guy Weaver are a new combination for 2017 and the Woolacombe/Wolverhampton pairing continued their strong start to the season.  Indeed, after consistently setting top 4 stage times, Lancaster and Weaver almost stole second with a strong run through the Dyfi East finale.  However their second consecutive podium finish represented a more than respectable outcome.

Upfront meanwhile, Nick Elliott and Dave Price were in a class of their own; their lead stretching to 29 seconds by the Dolgellau service, 1 minute 4 seconds after the retirement of Price in stage 4 and 1 minute 21 seconds by the time the cars had reached the finish.  This had been some performance by the red, white and blue Ford crew who are fast becoming the team to beat in 2017. 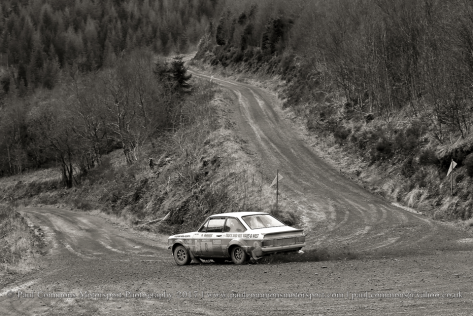 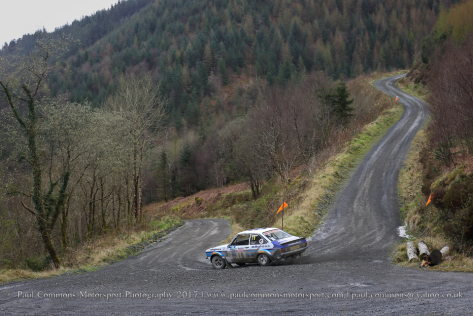 Further back David Hopkins and Tony Vart claimed the combined D1 and D2 honours with an excellent 18th position overall in their Talbot Sunbeam. 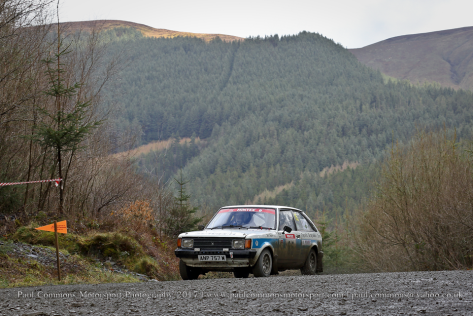 Stanley Orr had gained both a BDG engine and a new co driver in the form of Stephen McAuley for 2017 but found himself somewhat surprisingly behind the the similar machine of Bob Bean and Malcolm Smithson after stage 1.  However this would be he and McAuley’s only scare of the day as the Northern Irish crew dominated the remainder of the event to claim category victory by almost 2 minutes with a superb 4th position overall.  And to round off a great day, Orr and McAuley also ended the day as top HRCR Stage Masters crew.

Behind, the combined class C1 and C2 honours were claimed by Iwan Roberts Jnr and Baz Green in the car Adam Milner piloted to several giant killing performances in 2016.  And whilst Elliot Retallick drove the wheels off his Avenger in an attempt to take the battle to the crossflow engined, Ralloy built Ford there was just no stopping the Welshman; class victory by a margin of 1 minute 24 seconds and 8th position overall just reward for their efforts.

Jake Scannell and Adrian Stevens have swapped their Mazda RX-7 for a class E1 Toyota Corolla in 2017 and duly claimed category 4 honours on Rally North Wales.  Their event was not without issue however; the pairing recovering from an afternoon roll to finish the historic event in 30th position overall (31st according to the results but there is no way the car seeded at car 100 is in class B3!)

Continuing the trend of late just 2 cars were entered in category 1.  However Phil Harris and Richard Suter put in a strong performance in their Morris Mini Cooper to take category honours by almost 5 minutes from the class B3 winning Ford Cortina GT of Mike Barratt and Emily Retallick. 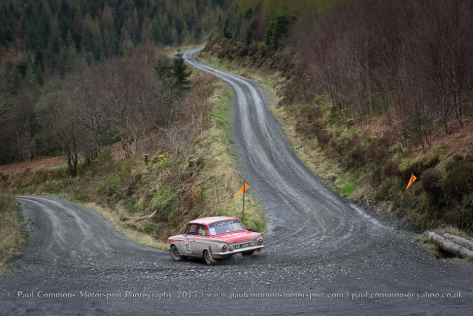 This had been a thoroughly enjoyable Rally North Wales from a spectator’s point of view.  The light may not have been great for photos but the scenery and action in Gartheiniog more than made up for it.  My legs however are still aching from the chosen steep climb back out of stage 4 to the spectator car park!

With regards to the format of the event itself, in my opinion, the organisers did a fantastic job.  In an age where double usage has become the norm, it was refreshing to see a very different configuration for 2 of the afternoon stages which is precisely the kind of test the drivers need.  It is just a shame that more crews were not encouraged to compete with just 88 cars taking the start.  But perhaps this is more to do with the unfortunate increase in the forestry commission charge …

Whilst BHRC numbers feel down on previous years, the battle at the front is as intense as ever.  With Elliott re-finding his magic touch on the Welsh gravel this could be one hell of a title race.  Can Elliott and Price stop Pritchard and Clarke gaining a hat-trick of titles?  Their phenomenal pace on Rally North Wales would suggest yes but the Cheltenham man must continue to outscore the Welshman on the loose as Pritchard will be a massive favourite as the championship moves onto the black stuff later in the season.